The Bagley surname in our line ends with Ann Bagley who married William Brinton. Together, they immigrated to the Chester area in It was also this line, through William Brinton’s wife Ann Bagley, William and Ann’s daughter, Esther Brinton, married John Willis. Their granddaughter Esther Willis married James Broom, and they in turn became the parents of Jacob Broom, delegate to the Constitutional Convention from Delaware. However, one of the other interesting stories in this line concerns John Bagley of Dudley, his wife and their relationship to Edward Sutton, Lord Dudley and his mistress, Elizabeth Tomlinson.

The Bagley family was long thought to provide a “link to royalty”, going back to the Plantagenet kings and queens. This connection was – and still is – the subject of decades of debate among genealogists. The connection was well-researched due to former U.S. President Richard Nixon also sharing this line.  Until a few years ago, the link was considered proven. Here is the story. 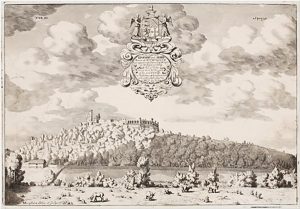 The assumption was that John Bagley, Deer Keeper and close associate of Edward Sutton, Lord Dudley, was married to one of his daughters by his well-known mistress, Elizabeth Tomlinson. John and his children were gifted with quite a bit of property from both Sutton and Elizabeth, and John is mentioned in several documents together with – and in the same context as – a number of Sutton’s sons and sons-in-law. Then, in 1996  a Latin phrase describing Ann’s father and John Bagley’s son, Edward, in his role as executor of the will of Elizabeth Tomlinson was discovered by Charles Hansen.

The phrase was “nepoti() ex matre”, which Hansen translated as nephew. In Classical Latin, this was grandson, but in Medieval Latin, it was used to refer to nephews as well as grandsons. There are at least two experts arguing on both sides of this question. More interesting is that the clerk originally wrote “son” followed by some words I have not been able to decipher, and then crossed this out. 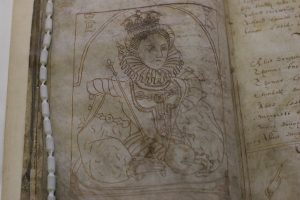 The question is complicated by the fact that there is no marriage record for John in the parish registers. This may be due to a large gap in the records around the time the marriage took place. There is also no mother’s name mentioned in the records just following 1600, the time most of the Bagley children were born. In addition, the records for the children of William Tomlinson and Agnes Orres (not Dues!), who were the  parents of Elizabeth, are also most likely incomplete.

I have been to both the National Archives in Kew and the Dudley Archives and examined as many original documents as possible. I’ve also visited the ruins of of the castle, which perch rather ignominiously on the peak above the current Dudley zoo. One must trudge along the penguin cages to reach the gate. I couldn’t help wondering if there were not some poetic justice to be found in the current location, but that is another story.

I’ve also inventoried as many estate records as I could, looking for patterns, and done a fairly thorough search of local parish records held at the Dudley archives. Since some of their microfilms were difficult to read, I was allowed  to actually (carefully!) inspect and photograph the original Tipton register, since I’d travelled across the channel just for this purpose, an exception to the rule, for which I am most grateful. Unfortunately, by this time, I was short on time and digital photography was not what it is today, but I am fairly sure I located all Tomlinson entries. 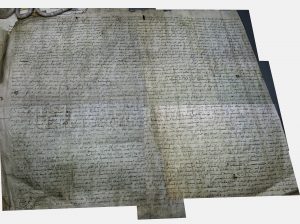 Old handwriting is difficult to read, some of the documents are in Latin and others are damaged, so deciphering what has been written is an ongoing process. However, what does seem relatively certain is that John Bagley, after his marriage, was a Deerkeeper on Sutton’s estate and later at times helped manage the estate, going so far as to assist Lord Sutton in evicting one of his sons from his home. John was treated by Sutton on an equal footing with some of Sutton’s (illegitimate) sons (in-law) in many documents & dealings. It should be noted here that in the late 1500’s and early 1600’s, the borderline between servant and family for some estate positions was quite blurred and that it was not uncommon for a gentleman to fill some of these positions. For instance, one of the elder Sutton’s cousins was Deerkeeper prior to Bagley.

From manorial records, we see that both Sutton and Elizabeth leased or deeded property to John and his children for nominal payments or rent. However, most of Edward’s acknowledged illegitimate children also received annuities and I did not find this sort of records for the Bagley children. Elizabeth left significant bequests to Bagleys children in her nuncupative will, also asking that son Dud Dudley not be allowed to see her “writings” for fear he would “do somebody wrong”. Later, this son contested her will, claiming that Sutton had influenced it. Some sources indicate that the word “writings” could also refer to deeds and other legal documents in that period, not simply to letters, so without further research, it is not possible to determine exactly what was going on in this family.

However, at various times in his life, John styled himself as “Yeoman” or “Gentleman” and by the time John died in the 1640’s, he had amassed a considerable estate. Several of his children married well and were referred to as “gentleman” in later documents, indicating that by the mid-1600’s, the family was doing quite well.

Who was John Bagley’s wife?

John’s first son, Edward Bagley was named administrator of Elizabeth’s estate, with an inscription that indicated a blood relationship to Elizabeth, if not to Sutton. There is also a nearly contemporary record mentioning that Sutton took “one of William Tomlinson’s daughters” as his mistress. This, together with the parish records showing two daughters other than Elizabeth (for whom there is no record), make the sister-in-law theory possible. One of these daughters appears to have been unmarried at the beginning of the 1600’s when John was already married, and so can be eliminated. The first name of the other, born in 1577, is illegible, but appears to be “(A?)…..ne(s?)”, and so has been suggested to be “Agnes”, but it is impossible to say for sure. There are no further records for her. It is also impossible to know if there were more sisters. 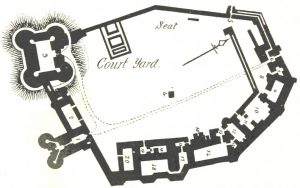 Edward Sutton was born in 1567. It is assumed that Elizabeth was born between 1563 and 1569 since she was having children with Sutton by the mid-to-late 1580’s. Her last child was almost certainly born before 1610. John Bagley was born in 1572 and probably married about 1601. It is chronologically possible for John’s wife to have been a first child of Sutton and Elizabeth, perhaps born prior to Edward’s first legitimate child and while his father was still alive. In this case, the child would have been not acknowledged, in contrast to the children who were born after the elder Sutton’s death and after Edward’s wife had removed to London and Elizabeth was in residence at the castle.

On the other hand, it is equally likely that John married a sister, not a daughter. She apparently died between 1616, the birth of her last child, and 1630, when John is referred to as a widower. If she died close to 1616, she would not have been even 30, with 8 children under 16 years old. By this time parish records were much more complete, but unfortunately – and somewhat strangely – there does not appear to be a death record for this woman, in contract to records for nearly everyone else who was related to the family. Considering her relation to Elizabeth (and by extension, to Sutton), and John’s position on the Estate, it is not unreasonable to think that Edward and Elizabeth felt a responsibility toward these children which could account for the gifts, leases and bequests. 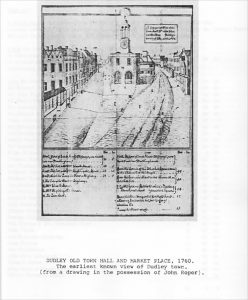 Well, not quite. There is the question of naming patterns. In those days, it was common to name children after their grandparents, then parents and siblings. However, neither Elizabeth or John’s wife – assuming she was a sister – named children after their parents William and Agnes. John also ignored his mother’s name and his father’s name Thomas – also his brother’s name and the name of one of Elizabeth’s children – only occurs in a later child. Agnes as possible wife of John also does not show up, even in subsequent generations.

Instead, John and his wife named their first child Edward, their first daughter Elizabeth, and another son Dudley. John’s son Edward named one of his sons Sutton and another Edward. John’s other children continued this trend although Ann also seems to have also been a popular name, leading some to suggest this as the wife’s name. The names do not prove anything of course, except a close relationship with the Sutton-Tomlinson family. In fact, they would be more logical if Elizabeth and Edward were indeed the parents of John’s wife. However, they also give few clues as to the name of John’s wife.

It has been suggested that the Bagley children received more than Elizabeth’s other children in her will – something that has prompted many to suggest John’s wife was her daughter – because these other children were otherwise taken care of. This is quite possibly true. On the other hand, I now have copies of the original wills of some of these children as well as that of John. My preliminary conclusion is that in addition to the money and land the children received from Elizabeth and Edward, John himself had nearly as much, if not more, to bequeath than some of the other “children”. Again, inconclusive at best.

Loyal “servant”, son-in-law or brother-in-law? We may never know.  After many, many hours of research, it is my conclusion that the son-in-law theory falls into the category “possible but not very probable”, but the last word has not yet been written! There are two other aspects of this story that I will cover in later posts: the relationship of the Bagley family in general with the Sutton family, which gives some new insights into this question, and the relationship of Edward Bagley’s son Edward to the Shakespeare family.